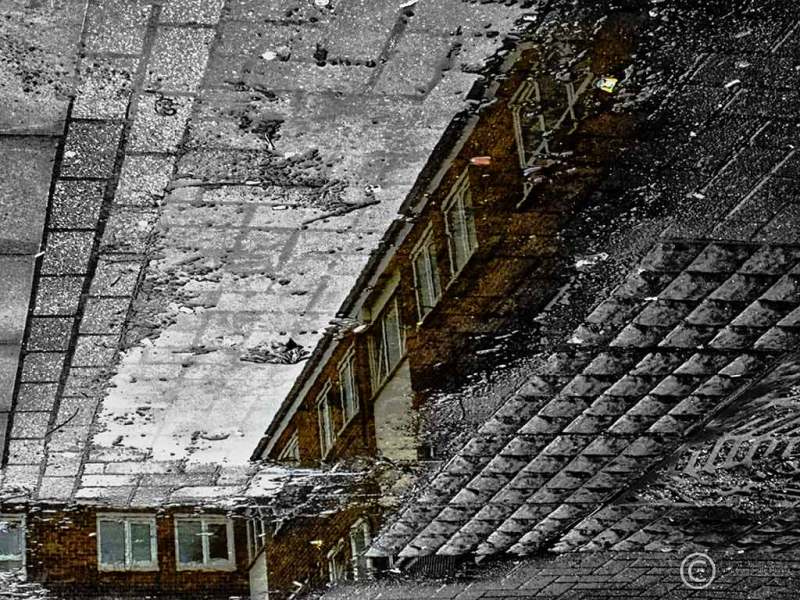 I have shown much of the best bits of South Shields over the years, after all it's my home town and I'm proud to live here. However, there are other parts which will eventually look as good as the best bits, it just takes a little more time!

Like many UK towns we suffered from an attack of the "eastern bloc" of architects in the 1950s and 1960s, they built a sucession of rectangular concrete blocks and towers for people to live in (if you can call it living). Slum clearance led to vast swathes of squares and rectangles and lots of people occupying vertical spaces. Thankfully we never had the tower blocks in South Shields, but these blocks of flats or apartments were a pretty popular thing to build.

This is Hudson Street in the Tyne Dock area of South Shields.

Personally..........I always found them to be more depressing than the terraced streets they replaced.

Excellent composition Curly, the pavement acts as the base of these incredible floating flats/houses.

I always found them to be more depressing than the terraced streets they replaced.[....and the communities they destroyed. A nice reflection

I agree with you Curly..does look pathetic your image has brought out the essence of it all...

Excellent shooting, the composition is superb.
Have a nice day

@Phil Morris: Good to hear from you Phil, sorry that I don't have the time to reciprocate with visits and comments, indeed I don't have much time to spend here, or take photographs either. This business of caring for my wife and her cancers is almost a 24 hours a day profession - or should that be vocation?